By Explore Utah Valley on Jul. 18, 2014
Bluebird Cafe Concert Series is tonight (July 18) at Sundance Mountain Resort starting at 8:00 pm. Tonights show features Amy Grant, Marshall Altman, and Dylan Altman. Amy Grant has won six Grammy Awards, 25 Gospel Music Association Dove Awards, and has the first Christian album ever to go Platinum. Heart in Motion is her highest-selling album, with over five million copies sold in the United States alone. Marshall Altman is a writer and producer. He began his career on the west coast in the mid-90's with a rock band, Farmer. In February of 2014, he broke through country radio simultaneously earning the #1 spot for "Friday Night" by Eric Paslay. These successes came on the heels of producing Amy Grant's critically acclaimed album, How Mercy Looks From Here, which was her first album in twelve years. Dylan Altman has been writing songs and performing in Nashville for 18 years. He has had three number one songs including Time McGraw's "Watch The Wind Blow By", Jake Owen's "Barefoot Blue Jean Night", and Jason Aldean's "Take a Little Ride".
Provo PlayStreet is this Saturday (July 19), in Downtown Provo. PlayStreet is a day of free family-centered fun. 100 South will be closed to traffic allowing people to walk, bike, and play in the street! There will be dozens of games and activities including carnival-style games, free popcorn and cotton candy, free breakfast pastries (9:30 to 11:30 or until the food runs out), and contests. This event is sponsored by Utah Valley University in partnership with Downtown Provo Inc. You can also check out the Provo Farmers Market just down the street.

Saturday is also the 20th Annual Llama Fest at the Krishna Temple in Spanish Fork from 5:00 pm-9:00 pm. There will be cultural activities, food, music, spinning and weaving demonstrations, music, dance, and competitions between the llamas and their handlers. There will also be a baby llama corral where children can see them up close! 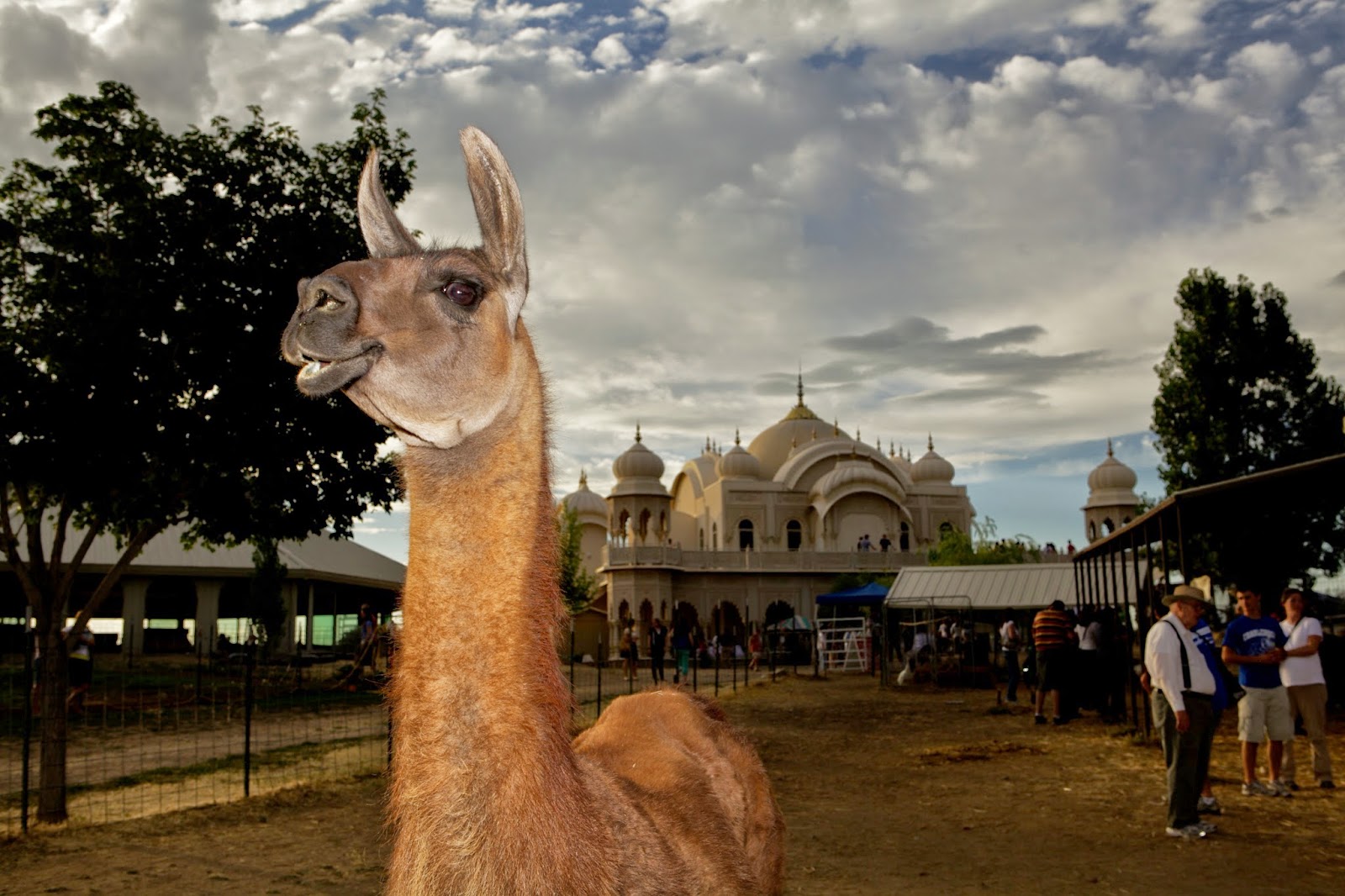