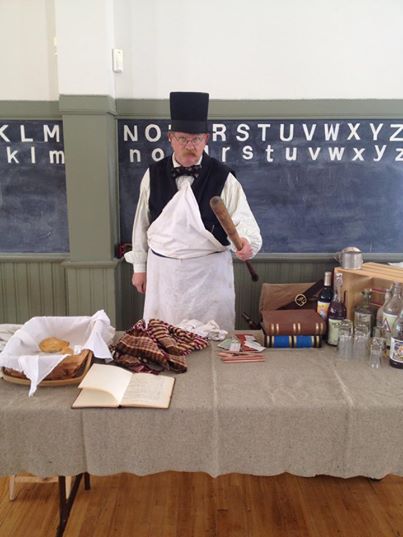 Tucked away on the other side of Utah Lake in the small town of Fairfield is one of Utah Valley's hidden gems, Camp Floyd State Park. Originally established in 1858, Camp Floyd was a home base for a large portion of the U.S. Army sent to Utah to suppress a Mormon rebellion. While the rebellion never happened, the army stayed to help explore the Western United States and help settlers cross safely to California. The army would eventually be called back east for the beginning of the Civil War, but remnants of their time here remain. Frog Town Days celebrates this period in our local history by playing games that soliders of that time period would have played. At Frog Town Days you'll play games such as Faro, Chuck-A-Luck and three card Monte. The more hands you win the more Double Eagle chocolate coins you'll receive. Come wearing period attire and get your photo taken, then check out the museum. This event makes a great educational outing with the family! The price is $10 and the games start at 10:00 am and go until noon, but you're welcome to check out the museum before or after the event.

Whitney is the Visitor Information Specialist at Explore Utah Valley. Outside of work you can find her belting the latest radio hit in her car, snuggled under blankets reading a book, or planning her next vacation. Whitney loves living in Utah Valley and discovering her own backyard. Stop by the Visitor Center and she'll happily tell you all the wonderful places in Utah Valley you need to visit!